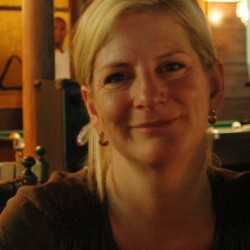 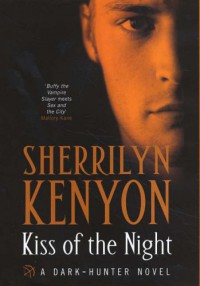 I didn't feel that invested in Wulf and Cassandra - I'm starting to feel that each book is really just filler for the more interesting story about who Acheron really is.

So Wulf is an ancient Viking who was tricked into becoming a Dark-Hunter by a woman and Loki. He is cursed that no-one not of his bloodline can remember him as soon as they walk away. He has one remaining member of his bloodline, Chris, who he treats with kid gloves and encourages to procreate as often as possible.

Cassandra is a half-Appollite half-human, fated to die on her 27th birthday unless she turns Daimon. She is the last of her bloodline and is the direct descendant of Apollo – unbeknownst (not often I get to use that word) to her, if she dies so does Apollo and Artemis and the rest of the world.

So kids, Dark-Hunter sworn to kill Daimons and Appollites, meets half-human, half-Appollite woman in a bar …

At first Cassandra doesn't remember Wulf, despite their scorching kiss after he rescues her from unusually skilled fighting Daimons, but then Cassandra begins to have some smexy dreams featuring the Viking, including delving into his pre-Dark-Hunter life. Strangely so does Wulf.

Wulf and Cassandra fall in love but how can they lift the curse that means she will die on her 27th birthday? Wulf learns more of the Appollites and realises that they aren't all bad – their lives are brief and tragic yet (sob) they show great courage blah, blah. Wulf even sees the good in a Daimon or two!

Don't get me wrong: there were some parts of the book where I got that heart-clenching moment of true romance; there were some good fight scenes; and some funnies. There were some Buffy references but not enough were made of them so I'm not giving extra credit.